What are Analog Cameras?

Closed-circuit television (CCTV) cameras can produce images or recordings for surveillance purposes, and can be either video cameras, or digital stills cameras.

Can record straight to a video tape recorder which are able to record analogue signals as pictures. If the analogue signals are recorded to tape, then the tape must run at a very slow speed in order to operate continuously. This is because in order to allow a three hour tape to run for 24 hours, it must be set to run on a time lapse basis which is usually about four frames a second. In one second, the camera scene can change dramatically. A person for example can have walked a distance of 1 meter, and therefore if the distance is divided into four parts, i.e. four frames or “snapshots” in time, then each frame invariably looks like a blur, unless the subject keeps relatively still.

Analogue signals can also be converted into a digital signal to enable the recordings to be stored on a PC as digital recordings. In that case the analogue video camera must be plugged directly into a video capture card in the computer, and the card then converts the analogue signal to digital. These cards are relatively cheap, but inevitably the resulting digital signals are compressed 5:1 (MPEG compression) in order for the video recordings to be saved on a continuous basis.

Another way to store recordings on a non-analogue media is through the use of a digital video recorder (DVR). Such a device is similar in functionality to a PC with a capture card and appropriate video recording software. Unlike PCs, most DVRs designed for CCTV purposes are embedded devices that require less maintenance and simpler setup than a PC-based solution, for a medium to large number of analogue cameras. 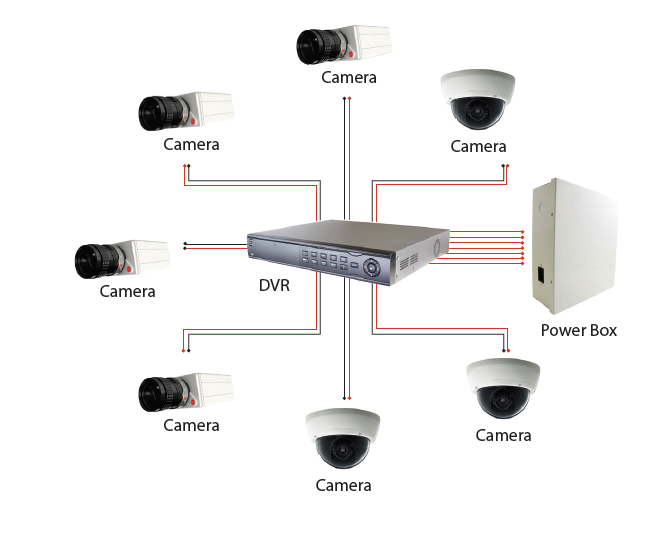 What are the Advantages of Analog Cameras?